To avoid confusion and better serve our customers, we are now doing business as EBCO. For more information about the history of the company please visit: The EBCO Press Archives 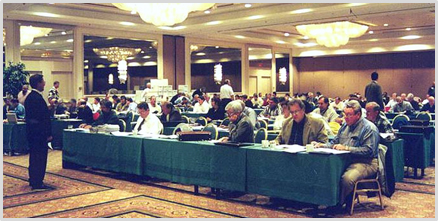 Over 150 oil & gas auctions were conducted by EBCO and, at its peak, EBCO was conducting two live auctions per month and employed over 40 personnel.

EBCO may have been best known for spreading the success of the oil and gas auction to the industry as it conducted live, regional auctions throughout the country in cities such as Dallas, Houston, Oklahoma City, Tulsa, Pittsburgh, Denver, Midland, New Orleans, and Calgary.

North America's largest oil and gas auction throughout the 1980s and '90s was EBCO, who pioneered the art of selling oil and gas properties through auction.

Achievements that stand to this day include creating the terms & conditions of sale for auctions, the bidder qualification form, the Well Data Profile, and writing and implementing Blue Sky laws in 21 states. 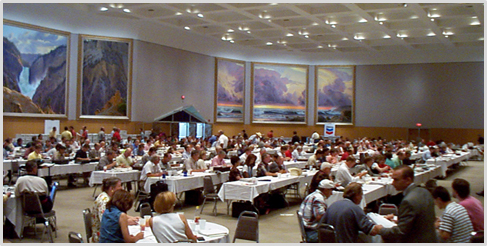 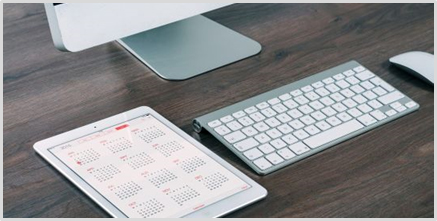 On November 1, 1999, history was made when EBCO conducted the world'sfirst internet auction of oil and gas properties. The sale was conducted exclusively for J.M. Huber Corporation and the assets were overrides and royalties. 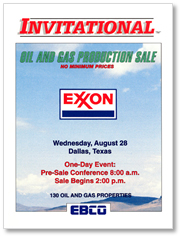 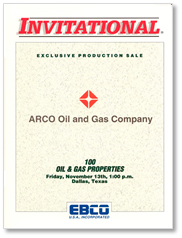 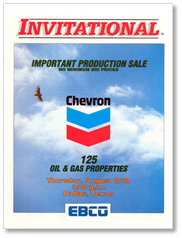 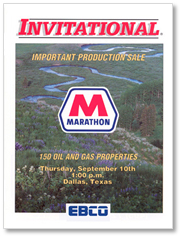 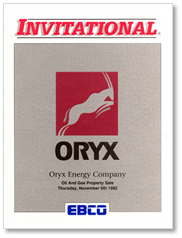 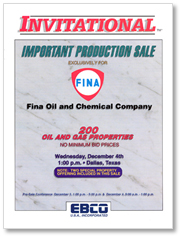 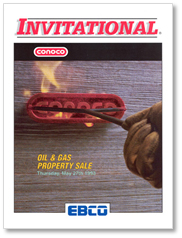 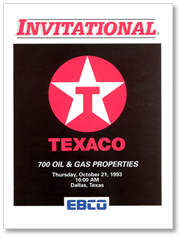 Oryx and Fina each participated in exclusive auctions in 1992. Fina sold in 9 consignment autctions throughout 1989 and 1990.

Conoco and Texaco participated in exclusive auctions on May 27 and October 21, 1993, respectively. 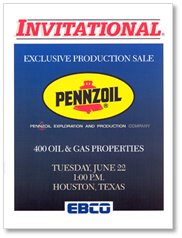 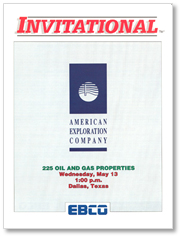 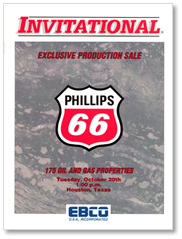 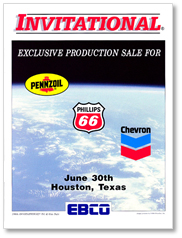 Phillips was a proponent of the exclusive sale format. On June 30, 1995, Phillips, Pennzoil, & Chevron participated together at auction.